We present here some of the cornerstones of our work, in order to make manifest the methodology processes our research projects are based on.

As a starting point, we believe it is possible to distinguish at least between three different meanings of ethnography.

Ethnography as activity. In this first meaning, ethnography refers to the practice of working in the field (fieldwork). Fieldwork is the physical place where the researcher engages in the encounter with the subjects (but also the objects, the processes and the spaces) of his own study, where he shares with them part of their life, as long as it is possible, observing it with all the attention he is capable of, trying to both broaden his perceptive and cognitive capacities while having a dialogue with them using their own language (at the beginning the researcher will probably need a mediator but gradually he will try to do without it). The fieldwork can be conducted using the participant observation method (keeping a detailed diary with fieldwork’s notes) or/and through in depth interviews.

Ethnography as an intellectual effort and paradigm. In this second meaning, ethnography is part of a much longer intellectual tradition that progressively moved away from the positivist idea that facts exist independently from interpretation,  establishing instead a multiplicity of points of view and, consequently, a critics to established power relations.

Ethnography as a narrative style and a reflexive work. In this last meaning, ethnography assumes that people identities are inseparable from the narratives of the self, as far as both the researcher and the people studied are concerned. From this standpoint, the necessity of a reflexive writing style arises, in order to acknowledge both actors and researchers subjectivity, as well as possible bias within the research process.

The cultural analysis of organization

Organizational ethnography encompasses observing, describing and interpreting organizations’ cultures. The plural is important here, as we believe that a unitary idea of culture or identity needs to be challenged, in order to recognize both of them as multiple and plural concepts. Therefore, ethnography necessarily needs to acknowledge the strategies, the rethorics, and the historical processes that contribute to build narratives of identity and culture as unitary, especially when reified by the organization’s management.

We believe that qualitative research should work in order to challenge this reification, and to reconsider the management role as both actively manipulating and passively following abstract theories and models.

Understanding cultural processes within organizations means, therefore, finding the premises for decision making and acting, investigating the deep seated elements as well as the elements of change. Moreover, in order to understand how organizational culture is transmitted and instilled, and how subjects react to that, the researcher need to be aware of aspects of contradiction and ambiguity expressed by people. Interviews are crucial in this process, as they are able to reveal people’s conscious and unconscious element of contradiction. 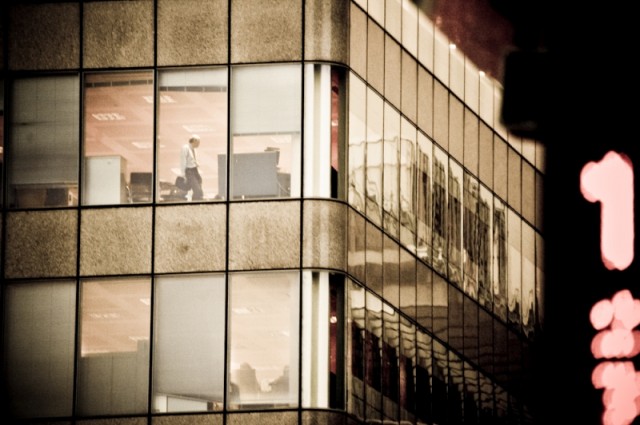 Research based on mutual collaboration

We believe that a good ethnographic research needs to count on a virtuous collaboration between the researcher and the organization’s power elite, to be able to produce meaningful results. At the same time, counting on middle-people who both work as guarantees for the organization and as brokers for researchers, is also essential. Thanks to the dialogue process between organization-client and researcher the people and the issues to be studied are identified; at the same time, this dialogue clarifies both mutual ethical and practical needs.

The unstructured interview, as a complement to the observation activity on the fieldwork, is characterized by the absence of any pre-defined array of questions. The underlying assumption of this method is the idea that the informant defines himself, along the interview, the research agenda. That means, for the researcher, giving priority to what is important for the informant rather than what is important a priori for him.

Therefore, the focus of the study comes from the field, where researchers and informants establish a relationship: in particular, this focus is defined by the people involved in the research process and their ways of making sense of their own lives and their mutual relationships within the organization.

The benefits of using unstructured and semi-structured interview

The use of questionnaires  is  seen more and more with annoyance and skepticism within and by organizations. This is probably due to the very characteristics of this research tool, that offers a rigid array of questions which could be wrong or perceived as not relevant by the organization. The unstructured and semi-structured interview, instead, leaves some room for problems and criticalities to arise, as they are daily lived by the people within the organization. In this way, social actors are, even if temporarily, empowered as power relations are overturned.

The use of autobiography

We promote the use of an autobiographic style of telling during interviews. We believe that this approach is important and relevant in the ethnography of organizations for two reasons. The first one is related to the idea that the subject together with its consciousness, develops and transforms itself over time. The second one is the idea that, in every moment, identity is the result of people’s past, present and future; and when identity and consciousness coexist within the subject, identity meats ethics. This is why authobiographic tales are not ethically neutral: therefore, during the interview also appreciation, judgments, approval and disapproval arise and are considered as a relevant part of the research material.

A holistic and relational approach: when is it useful?

Compared to business studies and their tendency to separate and parcel out, organizational ethnography’s main foundation is a holistic and relational research approach. “Relational” because it is based on the active relationship between the researcher and its fieldwork, and between the former and his informants. “Holistic” because it works considering everything as related to everything.  That means recognizing that there is not a clear-cut division between elements within the organization, therefore personal relationships influences work relationships, friendship influences exchanges between people, religion influences morality and so on and so forth. In other words, the holistic method is based on the social anthropological assumption according to which the truth of every statement is socially constructed and socially relative, plural and multifaceted.

Every local context is a privileged starting point for an analysis of the mutual relationship between man and his surroundings, as the latter is not only the result of natural processes but also the setting where cultural processes intersect.

Our approach starts from the analysis of both synchronic and diachronic elements: the former encompasses economic, political and relational aspects (both in terms of socio-cultural relations and human-environment relations), the latter entailing a historical perspective in the understanding of the changes that took place over time. We proceed well aware that the local context we study, in the present time, is not the result of a linear process but is more likely what results from specific choices and from the interconnection between ecological, social and cultural factors. 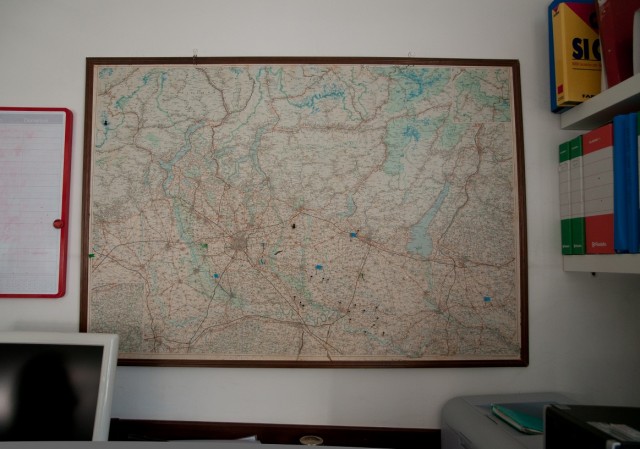 Production and management of oral sources

The very belief in interviews as powerful tools of ethnographic research makes us carefully manage all the steps required along the whole process, in order to produce transparent, fair and scientific materials. If this process is well accomplished, the resulting interviews will be a piece of documentary evidence, accessible and verifiable by third parties. Therefore, we believe that interviews need to be combined with all the necessary information, in order to exhaustively frame and explain the research project, its context, the people involved, and the main findings of the interviews. We prefer video interviews to audio interviews as they are more able to capture not only spoken words but also gestures, facial expressions and the surrounding context.

The reason why we believe that using video interviews is useful is twofold: on the one hand, it enables to gather and archive a rich collection of research material, on the other hand it makes possible to use the unrefined shot material for further audio-visual products, to be combined to a final research report.

In working with video-interviews, mutual checking of the shot material, by both the researcher and the interviewed, is momentous. In particular, for the interviewed, the activity of watching to himself talking can generate new and unexpected considerations and, for the researcher, every comment is precious as it can open a new path of reflection on the gathered material.